Caring for the Como community for close to a century

Below is a timeline of the rich history the Como Baptist Church has within the Como community. 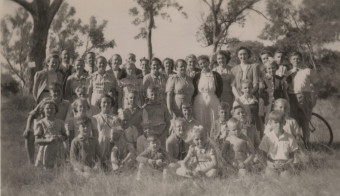 During the Second World War from 1939-1945, Western Australia had the highest rate of enlistment in the Armed Forces of any state in the country. 83,000 West Australian men and 5,000 women enlisted for service, most of whom were sent abroad to join the troops in Europe, Africa and Asia. In the Perth metropolitan area, life continued initially with an appearance of normality, but deep apprehension clouded the population, and this turned to tragedy when daily lists of war casualties began appearing. In these traumatic years, many local families lost loved ones, killed or wounded on the battlefields, or taken prisoner.
Read more 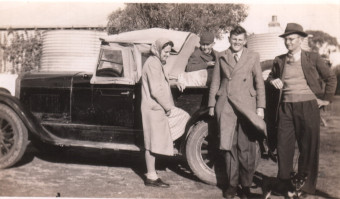 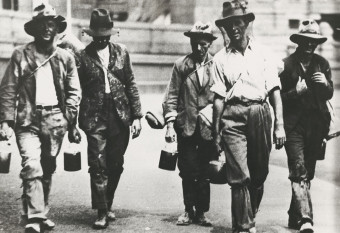 Helping Como during the Great Depression

Few in the Como area were unaffected by the severe economic depression that occurred globally during the 1930s. Australia was one of the hardest-hit developed countries because of the fall in world markets on which its agricultural and industrial exports relied. There was high unemployment (up to 32% in 1932), and previously proud, independent men, traditionally the family breadwinner, now found themselves out of work and having to rely on ‘susso’, a state-based sustenance payment that enabled families to buy only the bare minimum of food.
Read more 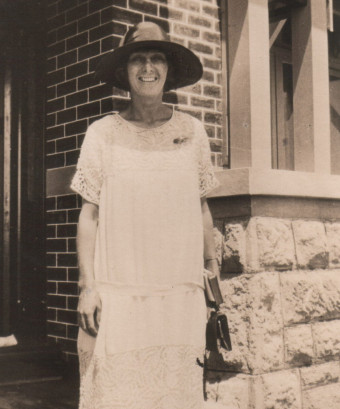 The church begins nearly one hundred years ago

Como Baptist Church has been an integral part of the Como community for close to a hundred years. It began one winter morning in 1927 when a small group of children gathered on the verandah of the Como home of Harold and Win Harris, near the corner of Manning Road and Robert Street in the new housing development of South Como. Harold and Win had only been married for one week when in 1925 they walked over Canning Bridge towards Applecross looking for a church to attend.
Read more 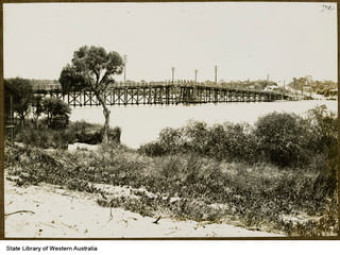 Como Baptist Church is located in the area known in the Noongar language as Djarlgarro, or the Canning River. The banks of the river from Canning Bridge to Mount Henry is a place of beauty, recreation and beedawong (meeting place). Historically, the area has been a source of community and meaning for many peoples. For the Beeliar-Noongar people, this was a place of abundant provision with plenty of food, water and natural resources that sustained their lives and families.
Read more

Remembering the church and the Como neighbourhood in times past.

Jean joined Como Baptist in 1946 at the age of 13 after being invited to a Baptist Christmas camp by her best friend (the same camp where she first met her future husband Malcolm).

She recalls that the church had only about 30 members then, giving it a real family feel. The Metro bus from the city where her family was living stopped at the end of Robert Street, and Jean remembers several of the houses around the church, ‘Como was a newer suburb back then. The area had some really nice houses, others were quite small places.’

At the time, Como Baptist Church had a focus on outreach to the children in the neighbourhood. ‘There were a lot of parents who didn’t go to church’, she says, ‘but who thought it was good for their children to come’.

Jean remembers members of the church would make several trips on a Sunday to pick up local children so they could join in. Her father-in-law, Reg, was one of these members who would head to various houses in his Rugby Ute to pick up and drop off children for the 3pm Sunday School.

In the late 1950s and throughout the 1960s, the annual Sunday School anniversary was a big event, with around 120 children coming along and taking part in a choir. Tiered seating was put into the chapel (also known as the Old Hall) and the words were painted onto sheets of paper that were put up on the back wall.

Another big event Jean recalls was the annual Harvest Festival, a celebration of thanksgiving when people from the neighbourhood as well as children from the Sunday School would attend.

‘Food was brought by members of the church for the celebration and then given to somewhere in need, like a hospital or people who needed it.’ Jean points out this is an activity of blessing the community that the Church still engages in around Christmas time with a food collection box for those in need.

Jean’s memories of how the church engaged in activities involving the local neighbourhood also includes:

‘We would meet at different homes then go on picnics and BBQs. It was really good and a lot of us became good friends’, Jean remembers.

Members of Como Baptist Church and the local community have continued to be involved in many of these activities to this day, and the focus on ministry to youth and the neighbourhood remains a large focus of the church and its members.

Malcolm and his wife Audrey joined Como Baptist Church in 1961 along with their three-year-old daughter Linda. At the time, Malcolm was studying for his medical degree and the young family lived in one of the many State Housing Commission homes which were dotted throughout the area, alongside the older, established Como homes.

After completing his medical training, and then theological studies, he and his family spent several periods serving and ministering to the people of Papua New Guinea, Bangladesh, and Pakistan.

There were two main focuses to Como Baptist Church’s work when Malcolm and Audrey joined: working with the youth in the local community, and supporting overseas missionaries.

Members of the church used to collect children from Como to attend Sunday School and youth groups. Malcolm believes that, ‘It was important for local children from non-Christian homes to have the chance to be involved with the Gospel and Jesus’.

Malcolm remembers that it was around this time that Perth’s Baptist churches began to establish schools, care homes, and early learning centres around the Perth area. This youth focus remains a passion of Como Baptist Church to this day, with the church operating the Canning Bridge Early Learning Centre, and integrating young people into many of the church’s activities.

Also memorable from the early 1960s was women’s fashion which had changed dramatically from the more starchy designs of the previous decade. A-Line dresses were popular during that period, with their A-shape cut, long sleeves and belt at the waist.

Both Malcolm and Audrey recall that dress standards were particularly important on Sundays, with Malcolm noting that, ‘You wouldn’t appear before the King without a suit and hat, so why would you come before the King of Kings in anything less!’.

Rod and Miriam Vardy joined Como Baptist Church in the mid-90s, after returning from several years abroad serving the people of Pakistan as missionaries..

Rod recalls that the church had a number of other young families with children around the same age as theirs, and to this day Como Baptist is proud to be home to a wide mix of ages.

Through the 1990s and 2000s, Rod continued his passion for mission and service to others by helping with the Cambodian Community that Como Baptist church had started and which met regularly on the church’s premises.

He was also involved in supporting Afghan refugees who had arrived in Perth. ‘We set up a whole lot of mattresses in the house next door to the church’s main hall to give these young men somewhere to stay’, Rod recalls.

Along with others in the church, he helped these new arrivals to Australia with practical details, such as setting up bank accounts and going to various appointments necessary for starting their new lives in Australia.

Today, both the Cambodian and Afghan/Farsi-speaking ministries continue to be an important part of Como Baptist Church’s interaction with the local community.