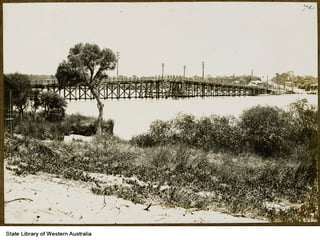 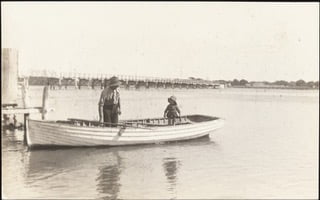 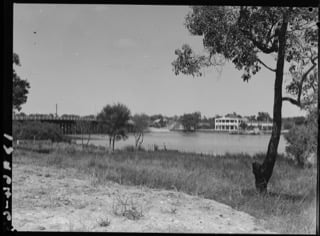 Como Baptist Church is located in the area known in the Noongar language as Djarlgarro, or the Canning River. The banks of the river from Canning Bridge to Mount Henry is a place of beauty, recreation and beedawong (meeting place). Historically, the area has been a source of community and meaning for many peoples.

For the Beeliar-Noongar people, this was a place of abundant provision with plenty of food, water and natural resources that sustained their lives and families.

The mouth of the river, Wagoorjup (at Canning Bridge), has a spiritual significance for the Beeliar people as it is the place of the Waugal, creation. Therefore, this is a place of life.

When European settlers moved onto the land, Djarlgarro became a place of conflict and cultural misunderstanding. The relationship between the local Aborigines and the colonists was characterised by hostility and violence.

Midgegooroo, the leader of the Beeliar was involved in a number of disputes and actively resisted colonisation under Governor James Stirling. Midgegooroo was controversially executed and his son, Yagan, a notable warrior took up the resistance.

Yagan formed a relationship with settler and chaplain Robert Lyon, which led to Lyon writing extensively about the Beeliar people and their language. Through his detailed writings, we have extensive knowledge about the names and locations surrounding the Swan (Derbarl Yerrigan) and Canning rivers (Djarlgarro).

In 1832, 100 years prior to the establishment of Como Baptist Church, Lyon’s Christian beliefs led him to advocate for the rights of aboriginal people. He also defended Yagan’s life. In arguing that Yagan’s men were fighting for their country, Lyon compared their actions to those of the legendary Swiss hero, William Tell, and William Wallace, a celebrated Scottish resistance fighter who sought to free Scotland from English rule.

Thus, the land where Como Baptist Church is now situated was characterised by compassion as well as conflict during that period.

For the early settlers, this was a place which offered opportunity. Here industry was established and flourished.

Farmers, wood-cutters and millers initiated the process of colonising the area which became influential in forging the shape of the larger Perth settlement.

By the early 1900s, the land on both sides of Canning River had become suburbia, with families building their homes here and putting down roots.

When the Great Depression hit in the 1930s, the area became a place to which displaced and homeless people gravitated. Here they survived by living in tents and thus Djarlgarro became a place of loss, despair and determination.

It was during this time that Como Baptist Church was birthed, its members offering hope and sustenance to those living in the area.

Over time, the land of Djarlgarro has been a source of life, nourishment and community. But it has also experienced great pain, struggle, and deprivation. Yet it is a place where we are continually struck by the beauty of God’s creation.

Here Como Baptist Church historically has sought to show God’s presence in ways that bring practical and spiritual nourishment to the community so that Djarlgarro might continue to be known as a meeting place that offers peace and hope.

Images from The State Library of Western Australia

Lyon, Robert Menli [Robert Lyon Milne] 1833, ‘A glance at the manners and language of the Aboriginal inhabitants of Western Australia with a short vocabulary’, Perth Gazette and Western Australian Journal.