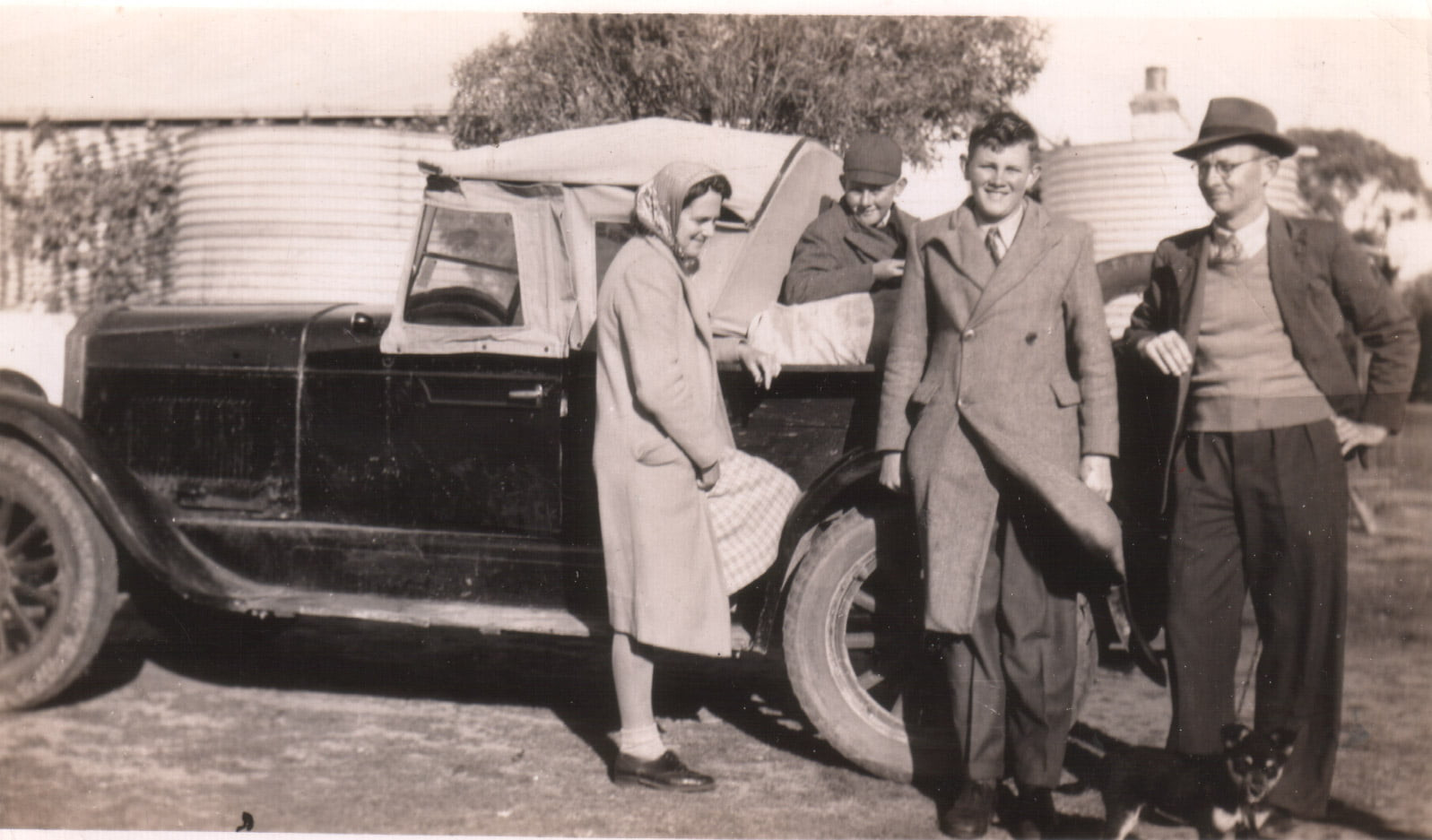 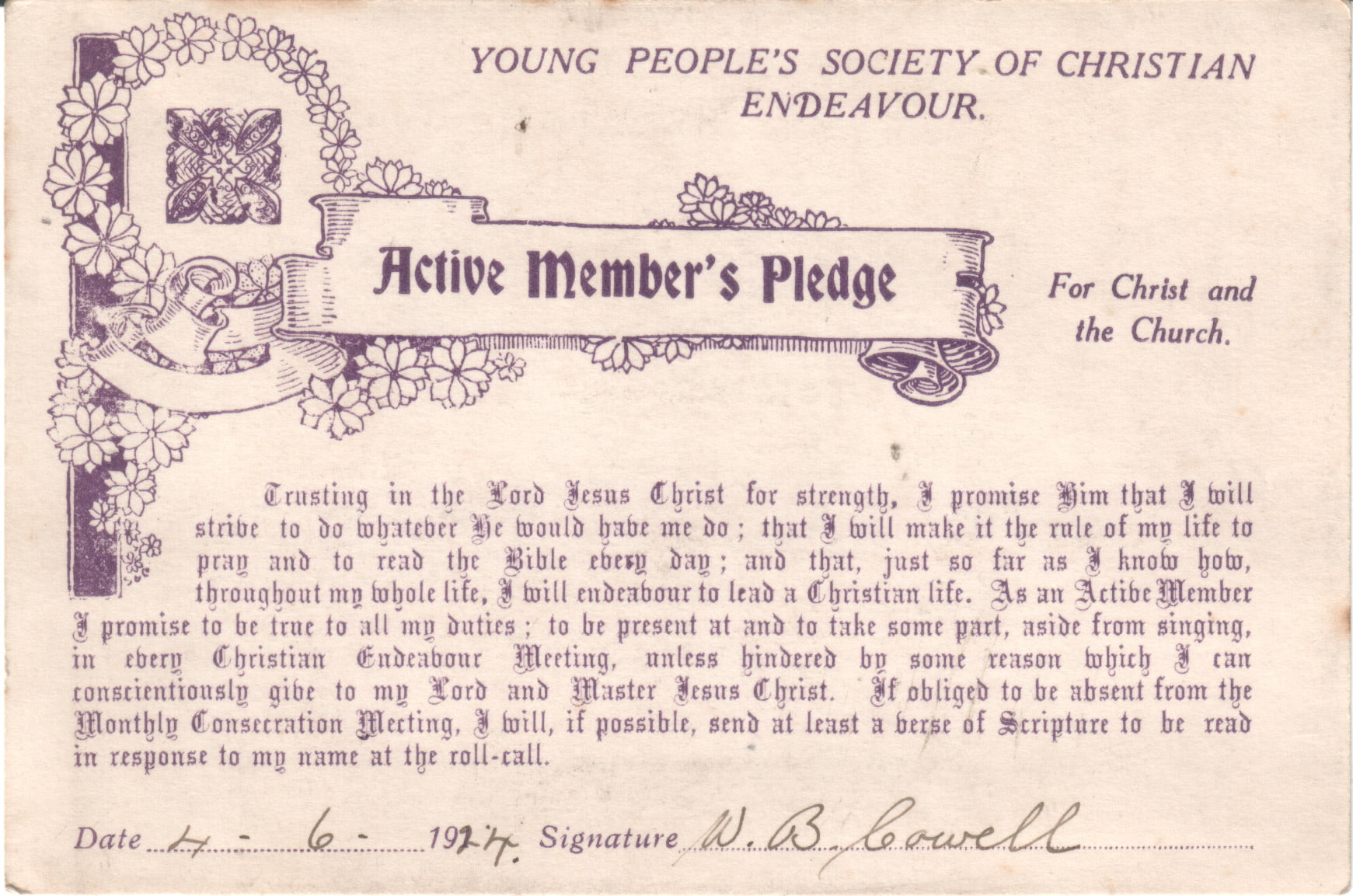 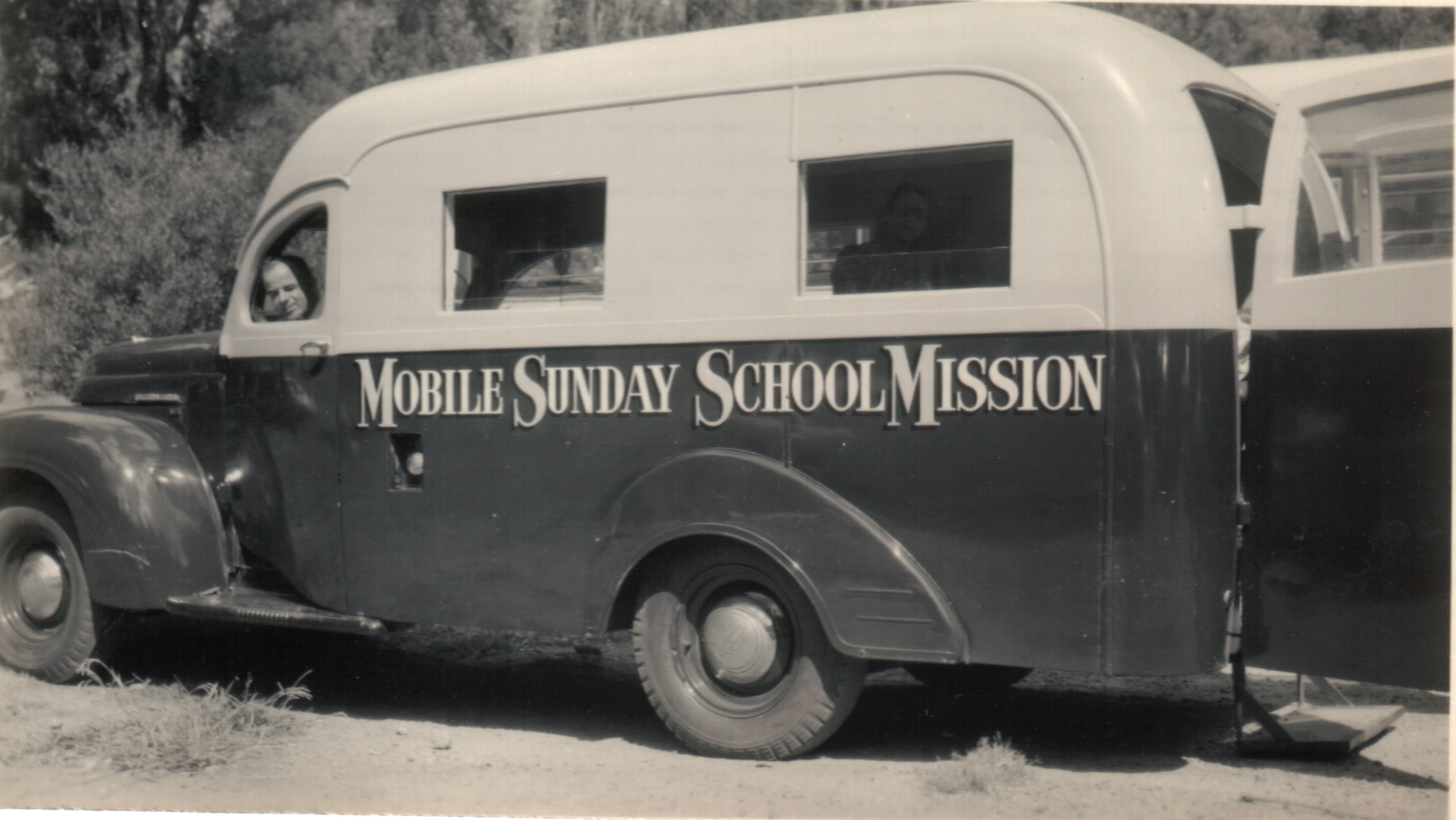 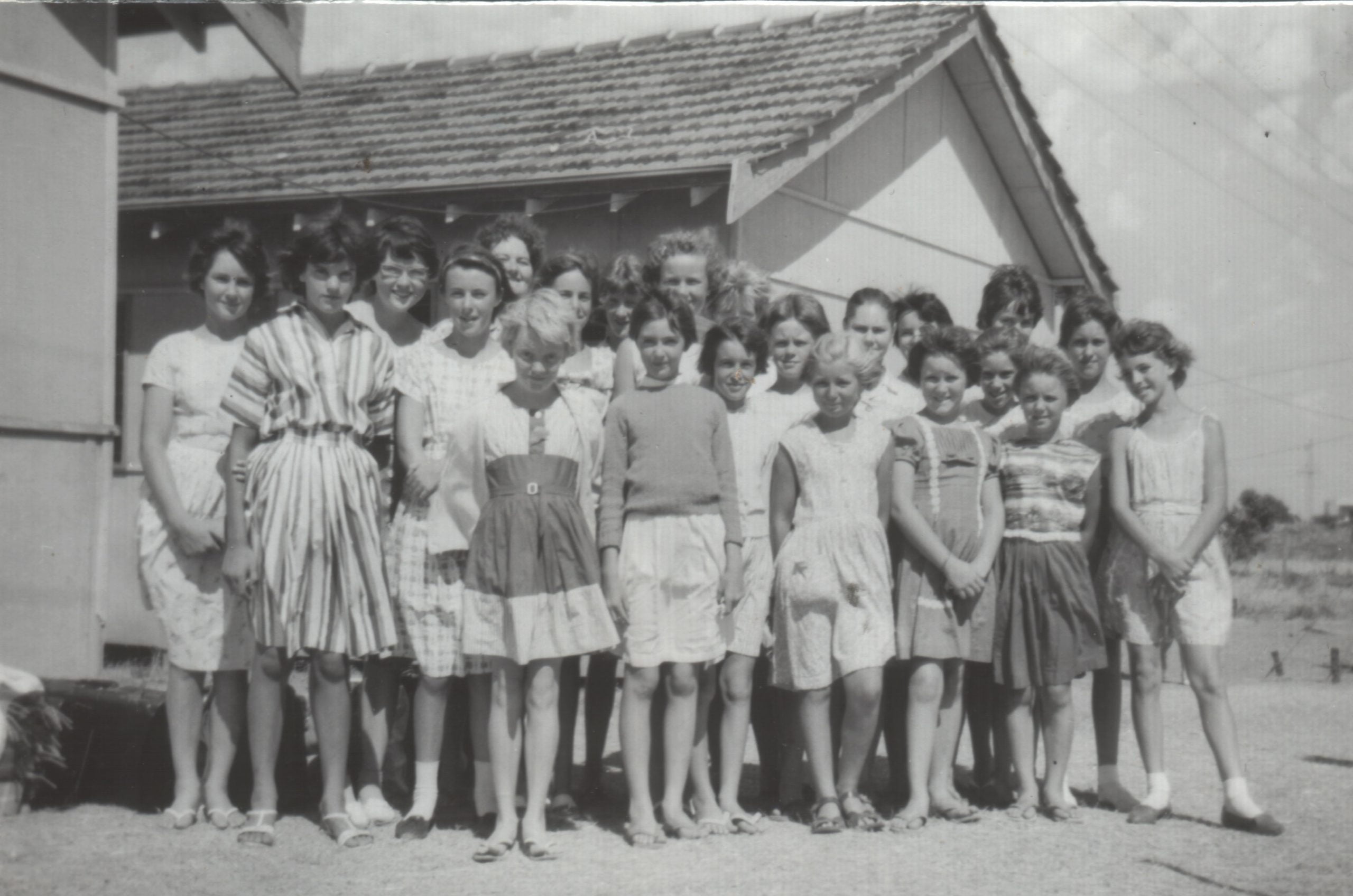 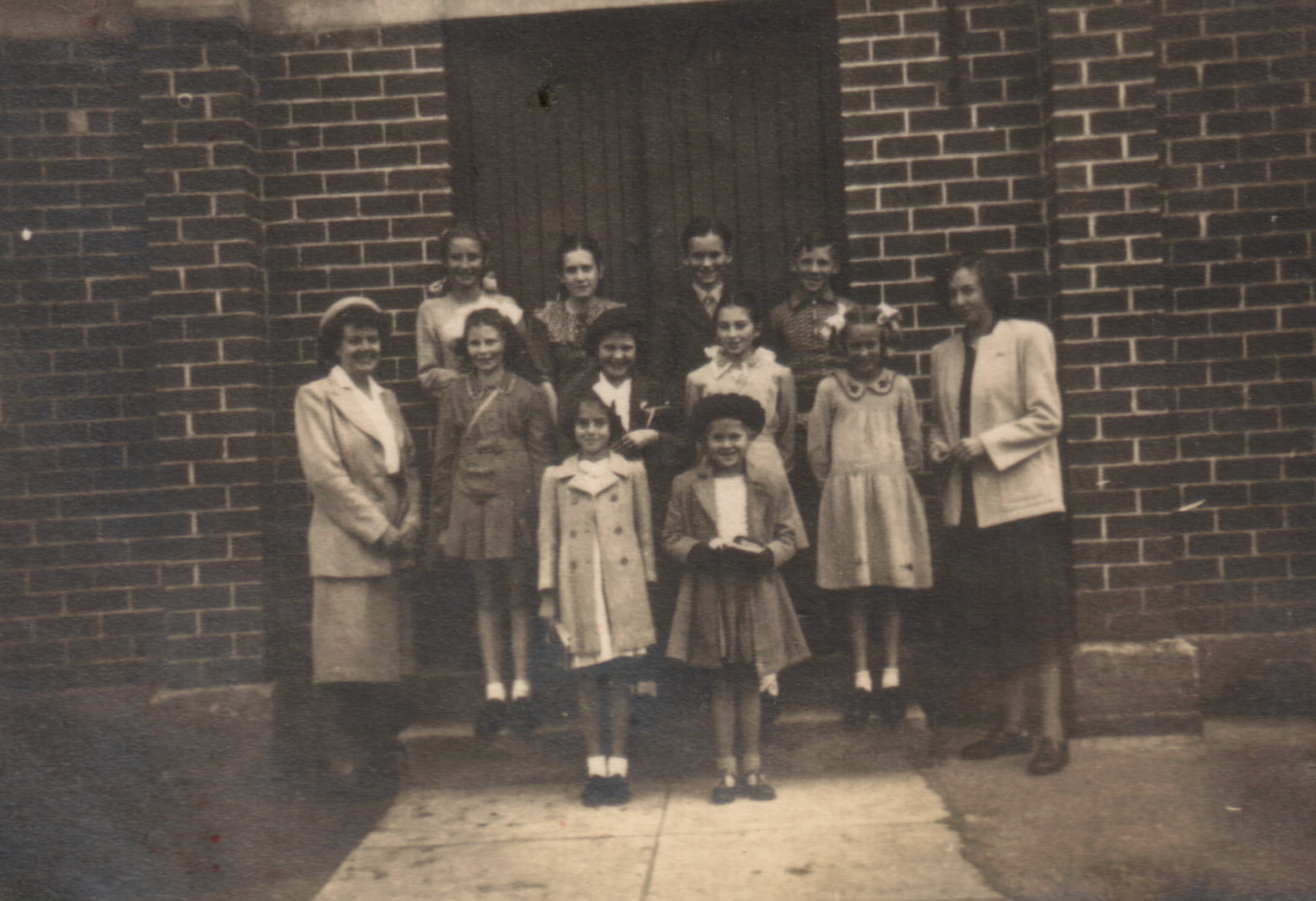 One of the ways in which Como Baptist Church has sought to benefit the local community over the past ten decades has been through supporting children, young people and their families.

There is much evidence of this focus today, such as the flourishing Canning Bridge Early Learning Centre which is an initiative of the church. The Centre provides a warm and loving place where local parents are supported, and children are cared for, educated and developed to prepare them for their future schooling.

If the church’s founders, Harold and Win Harris, had been here today, there is no doubt that they would have eagerly participated in the work of the centre in order to demonstrate their love and concern for the young ones of Como.

This love characterised their joint ministry which began with the setting up of a Sunday school on their verandah in the late 1920s. That inauspicious beginning was the foundation of Como Baptist Church.

A report in 1932 described some of the activities of the early Sunday school. At Christmas, everyone was invited to an evening function, where Father Christmas (a Como Hotel employee) arrived on a ‘sled’ of packing cases which were pulled along by the children.

The sled was piled high with presents - mostly handmade by members of the congregation - and the children eagerly received these. Children who attended sewing classes in the Sunday school paraded their creations of dolls, clothing and toys.

Having learned Christmas carols by heart, the children then toured the neighbourhood singing. Occasionally, they were rewarded by the householders with a drink of cordial.

During the 1930s, Sunday school picnics became highlights of the annual calendar. A bus was booked with everyone contributing one shilling each. They then took off for the day, bundling their provisions into the aisles: milk, cakes, buns, meat, apples, bread, butter, marmite, tea, sugar as well as toys and lollies. Initially, in 1934, the children went to South Beach, then subsequently to other venues including Bibra Lake, Araluen, Applecross, the Zoo, Point Walter and Rockingham.

Instead of going to their picnics by bus, by the time the 1950s came round, the children were being transported in a fleet of cars which, in 1953, were loaded up with 15 dozen buns, 2 gallons of cordial, 5 gallons of ice-cream and 2 gallons of milk. At the picnics, they engaged in egg and spoon races and three-legged races which they topped off with the much anticipated cordial and watermelon.

In 1936, a young people’s activity group, Christian Endeavour, was set up. It grew rapidly, with the children taking active part in each meeting. On ‘Orange and Flower Sunday’ they visited people at Heathcote Reception Home, bringing cheer to them.

Those who signed the Christian Endeavour pledge promised solemnly:

Trusting in the Lord Jesus Christ for strength, I promise Him that I will strive to do whatever He would have me do, that I will make it the rule of my life to pray and to read the Bible every day and that, just so far as I know how throughout my whole life I will endeavour to lead a Christian life.

(If you would like to read more about the Sunday school and youthwork during World War II, see the post on 1940s: Supporting Como during WWII.)

During the late 1940s, Como Baptist Church began to pray about how they could best serve the rapidly developing new housing areas around Como. In 1949, members of the church opened their home at 829 Canning Highway Applecross (now Ardross) to the first meeting of Applecross Sunday School.

Then in 1956, a Sunday school was established in Brentwood. Eventually these two combined and grew into what is now the thousand-strong Mt Pleasant Baptist Church, based in Booragoon.

By 1954, the Sunday school had 87 scholars and 15 teachers. Four years later, there were 100 children and the small building was full to bursting.

Young people were encouraged to assist in the Sunday school and met on Tuesday nights to prepare lessons. Sand trays were in vogue to depict scenes and stories were acted out. Children were encouraged to bring Bibles and sit for Scripture examinations. Later, flannelgraphs became popular. This is a way of storytelling that uses a board covered with flannel fabric that usually rests on an easel.

This link shows how a flannelgraph works https://www.wikihow.com/Make-a-Flannelgraph

Every year when the church’s anniversary came round, great celebrations took place which usually attracted such a crowd that the festivities had to be held over two Sundays to accommodate the numbers. Even so, there was sometimes such an overflow of people that some had to gather outside to listen in through the open windows.

On one occasion, it was so crowded that young David Lord fainted while seated high on the anniversary platform. The lifeless boy was passed from one to the other and out through a window while his anxious mother hurried to attend to him.

The children’s anniversary events started on Saturday afternoon with games, a basket tea and the singing of choruses. Songs were printed out with ink blocks on butcher paper or on calico sheets strung up for the children seated high on tiered decking. Primary children received prizes in the afternoon and on the Tuesday night the older classes produced skits and presentations, before receiving their prizes.

A variety of cars transported children in the 1950s to Sunday school, to various sports events and picnics. One of the foundational members of the church, Reg Pound, employed his converted Rugby utility with a covered tray to undertake the task. Harold Harris turned up with his Ford and later a Commer wagon. Bill Kiddle used to bundle children onto his ‘Indian Chief’ motor cycle and side car. And Max Harris’ big ‘Buick’ car, which ran on kerosene when hot, also joined the convoy.

Over the years since the 1950s, Como Baptist Church has continued to initiate and support a wide variety of activities for young people.

In the 1990s, up to 30 young people were involved on behalf of Prison Fellowship in delivering Christmas presents to families in need in Como.

In the early 2000s, youth ministry teams made several mission trips to the central Kimberley to run youth activities for remote aboriginal communities.

Other activities over the decades, in addition to Sunday school and creche, have included the Boys League and Scouts who met in the hall. Barbeques, sports and outdoor events have taken place. There have been educational and evangelistic initiatives. Children and young people have been encouraged to develop their musical skills by participating in worship groups. Young people have organised, led worship and preached at dedicated youth services. And there have been numerous home groups where young people have learned to study the Bible as the essential foundation for their daily walk with God.

Many of these same young people have gone on to church leadership and chaplaincy, to working with refugees and asylum seekers in the community, to working abroad with missionary groups, and to actively serving the Como community where they live.